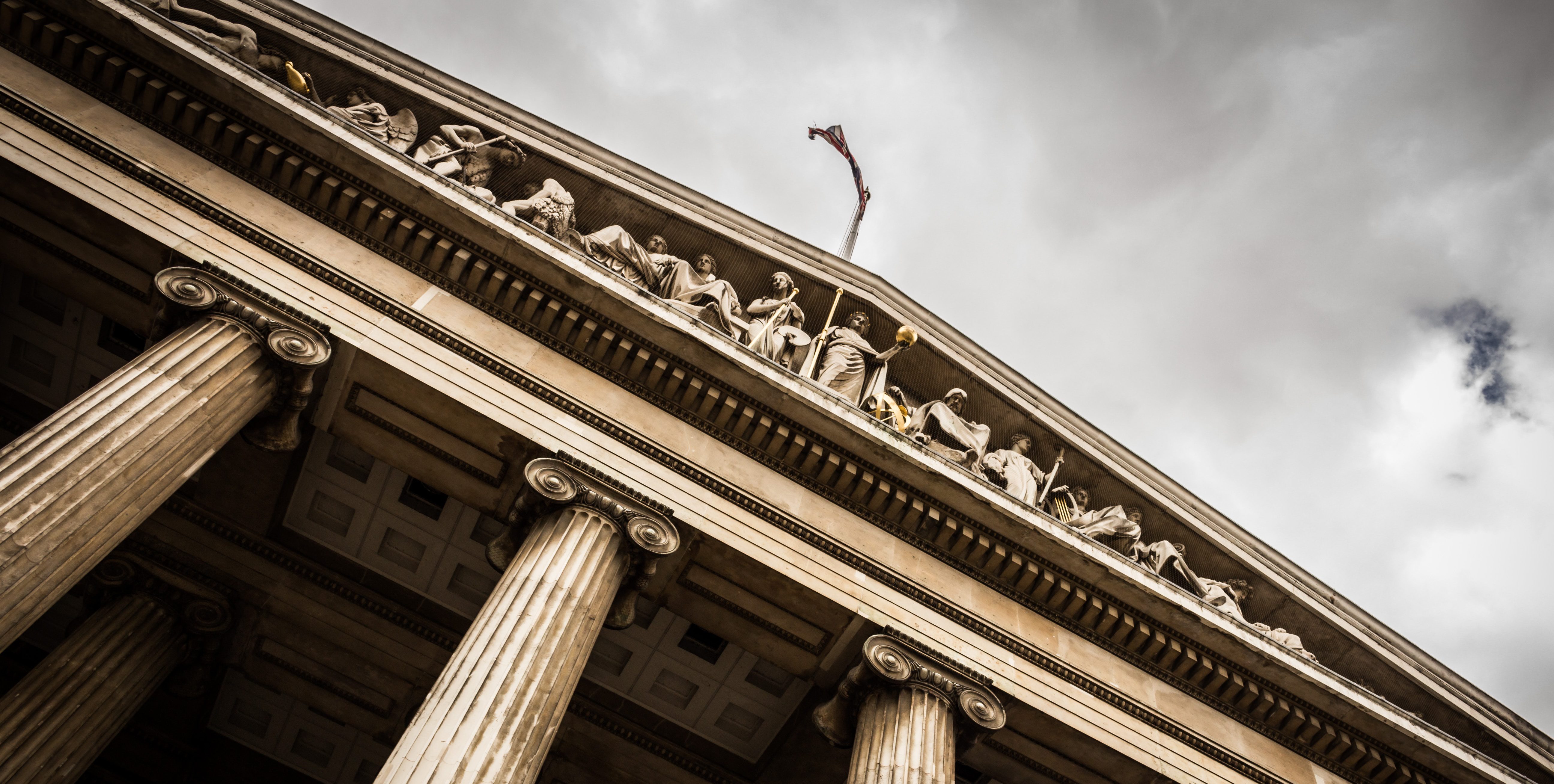 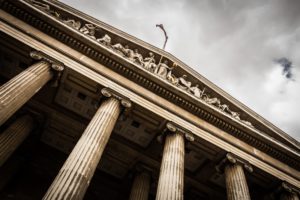 This is the continuation of a series of articles highlighting the roles and responsibilities of a Private Security Officer. We have covered ‘…Conduct’, ‘Dealing With People’, Creating a Good Image’, and ‘Appearance Standards’.  other activles include ‘Standard Uniform Practises, plus we will cover other types of accessories for todays security personel such as body armor protection vest, helmets shields, ect..


In this article I cover the importance of knowing one’s laws and crimes as well as regulations at all job sites.

A private security officer is in a unique position, they will be ‘the go-to guy’ when it comes to knowing the building and its regulations.  So they expect the guard to take the time to read and understand all of the rules and regulations contained at the clients’ location.  This is usually found with post orders; this should include the building regulations, the clients’ regulations and finally the security company policies and procedure. A major part of a security guards job is to ensure that people who enter the clients’ property comply with regulations.

Criminal Law.   A crime is an act, or failure to act, that is prohibited by public law in order to protect the public from harm.  A single act could constitute crimes punishable by both state and Federal laws, since separate offenses are involved against two different jurisdiction.  Certain elements exist in every crime.  These elements are normally contained in the definition of the crime, and each element must be proven beyond a reasonable doubt for a suspect to be found guilty.

Both intent and act are necessary elements of a crime, and they must occur at the same time.  In order for an act to be a crime, it must be done intentionally, not by accident or as an unconscious act.

Intent is defined as the deliberate and willful resolve to do an act.  It generally is an indispensable part of a crime.  For example, one who is pushed by another and then accidentally bumps a third person over a cliff has not “acted” within the meaning of the law.  And intent is not the same as motive.  Intent is the determination to do a certain thing; motive is the reason for doing it.  An act is a willed performance of an action.  Some crimes can result from failure to act, which is the omission or failure to perform a legally required action, such as feeding one’s children.

Laws may be based on common law or statute:

Common law is derived from custom and usage based on earlier court decisions that set precedents.  Common law is divided into three major categories:  treason, felonies, and misdemeanors.

From the dictionary definition Treason

is the act of waging war on the United States, adhering to its enemies, or giving them aid or comfort.

Felonies are crimes that normally are punishable by a sentence of a year or more in prison.

Misdemeanors are those crimes that normally are punishable by one year or less in prison. 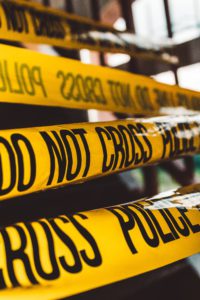 The most common offenses that a security guard will likely encounter fall into three general categories:  unauthorized use and abuse of drugs and alcoholic; property crimes, and violent crimes.  It helps to know the nature of these offenses and likely offenders. A security officer must be prepared to prevent, detect, and report crimes that may be committed on clients’ property.

It is important that the guard understand that they are NOT a sworn law enforcement officer, as discussed in earlier articles.   In most instances where the guard receive a report of a crime or witness a crime, the guards first and foremost responsibilities will be to control the situation with the minimum necessary force and report the situation to the property authorities whether it is a supervisor or local law enforcement.

Unless there is a situation involving the imminent danger of injury, death, or destruction to persons or property within the guards post, and the guards have no choice but to act to minimize or prevent the commission of a crime, the guard should always try to report to local P.D. first, and then act.  In instances where s/he are compelled to act, take action to control the situation, and immediately report the situation to your company and client. 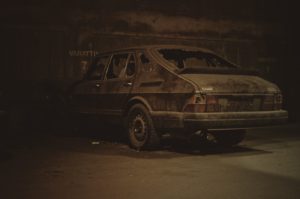 Property crimes are those crimes that involve the theft, damage, or destruction of property.  As a security guard, you may be involved in responding to and/or reporting incidents of property crime.  Property crime can be related either to company property or the personal property of employees or visitors.  While there are many types of property crime, the types you will most commonly deal with on the job are vandalism, larceny-theft, burglary, and arson.

Vandalism is the act of willful damage of a property without the owner’s permission.  The term “damage” includes destruction, disfigurement, or defacement.  Damage can be inflicted by cutting, tearing, breaking, marking, painting, drawing, covering with filth, or other actions prohibited by law or regulation.  The property can be Government-owned, public, or private; personal property (clothing, vehicles, furniture, etc.); or real property (buildings and grounds).

Acts of vandalism range from play by children that gets out of hand and damages property to intentional damage or destruction of property by individuals, groups, or gangs.  There is no simple technique that can be used to prevent vandalism.  However, frequent and aggressive patrols, or a visible presence that signals security is on the grounds, will discourage would-be vandals. 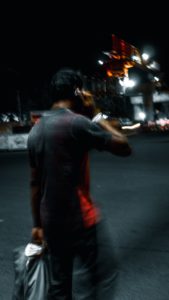 Larceny-theft is defined by the FBI’s Uniform Crime Reporting Program (FBI/UCRP) as the unlawful taking, carrying, leading, or riding away of property from the possession of another.  It includes crimes such as shoplifting, pocket-picking, purse snatching, thefts from motor vehicles, thefts of motor vehicle parts and accessories, bicycle thefts, etc., in which no use of force, violence, or fraud occurs.  Aside from vandalism, this is by far the most common property crime that a security guard may encounter.  According to FBI statistics, the majority of all persons arrested for larceny-theft were under the age of 21.  The majority of the arrests for larceny-theft involve males.

A guards report involving the crime, taking of property without permission, it should describe it as larceny unless there is a reason to believe there was no intent to permanently deprive the owner of his/her property.  Give any reasons and other evidence relating to intent, such as a statement by the suspect and witnesses.  For example, someone attempts to take a laptop computer from an office without a valid property removal letter, treat it as larceny, as there was an attempt to remove the property from the job site without authorization.

When a guard is on a roving patrol, they should watch for people acting suspiciously – especially if they are carrying property.  The security guard must be alert for property that is out of its usual place (such as computers in a utility closet or trash cans or even a stairwell. Thieves will frequently store stolen property in a temporary holding place and retrieve it at a later time.

The FBI defines burglary as the unlawful entry of a structure to commit a felony or theft.  Forcible entry is not a requirement for a crime to be categorized as a burglary. A guards Post Orders or regional law enforcement personnel can provide with more detailed information about the local laws and jurisdictional issues in regards to burglary.

Burglary is an act where the offender usually acts when nobody is around to see the crime.  Most often, burglars enter a facility through forcing open a door or window.  Incidents of burglary increase when doors and windows either lack locks, alarms or are not properly secured; or when the security force is inefficient.

There is no “typical” burglar, despite the stereotype of the masked, hoody, wearing all black and carrying a flashlight.  A burglar may be of any race, nationality, gender, and age, although most persons arrested for burglary are young males under 25 years old.

Amateur and juvenile burglars can travel far looking for an opportunity to steal or may decide to steal on the spur of the moment if an opportunity presents itself.  They usually will choose a place that is easy to enter with the least possible chance of detection.  They may also cause needless damage in an effort to burglarize property as quickly as possible.

Professional burglars generally will plan their crimes more carefully and may conduct prolonged surveillance of an area prior to attempting the crime.

Items that are most sought after by burglars are jewelry, money, laptop computers, tablets, anything small and valuable to be able to sell or pawn.  Personal items belonging to employees may also be stolen during a burglary, especially valuable items that were not properly secured.

To reduce the chances of a burglary in a facility the guard should do frequent patrols of areas were valuable items are stored as well as check all doors, windows, and locks to make sure they are properly secured.  Although statistically more burglaries occur in non-residential buildings at night, burglary can happen at any time, a security guard must be constantly alert to the activities at their assign post.

Burglars should be considered extremely dangerous. A guard should exercise extreme caution whenever they are responding to a possible burglary.  Burglars may be extremely nervous and thus prone to panicking upon discovery and want to escape detection and may use a weapon (aggravated) to do so. 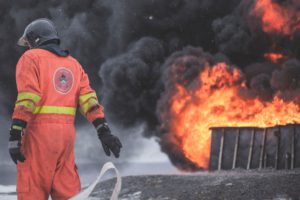 Arson presents a serious threat to the life and safety of building tenants and visitors.  Arson is defined as any willful or malicious burning or attempt to burn, with or without intent to defraud.  Only fires determined through investigation to have been willfully or maliciously set are classified as arsons.  Fires of suspicious or unknown origin are excluded.

The motives of an arsonist and the evidence of the crime may be difficult to detect, as evidence is often destroyed by fire.  The tools needed to commit the arson – matches, lighter, candle, gas, and other flammable materials, may be openly purchased and legally carried on a person.  Arsonist can pass undetected, even when possessing the “tools of the trade.” The arsonist may not be deterred by the potential loss of life or by the dangers of fire fighting.  In fact, the presence of certain persons in a facility may be an arsonist’s prime motive.

Arsonists can be of any age, and there are many possible motives.  Fires can be set by people seeking economic gain, concealing crimes, taking revenge, or having a dispute or grievance with an employee.  Occasionally, someone will intentionally set a fire in order to be a hero by rushing into a building to save lives or property.  After the fire, he or she may remain at the scene accepting the congratulations of bystanders.

Whenever there is a fire, keep the curious away from the site until the fire marshals or other experts take over the scene and can examine the evidence.  A good rule is to let the fire department decide when people may return to the affected area.  If a guard is requested to provide security for an affected area, follow the instructions given (preferably in writing) and do not allow unauthorized persons to enter the protected scene.

Next time ‘Violent Crimes’ will be discussed as we continue with the serious of articles highlighting the roles and responsibilities of a Private Security Officer. Until next time- 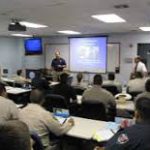 On The Job Responsibilities and a TOP-NOTCH Security Officer